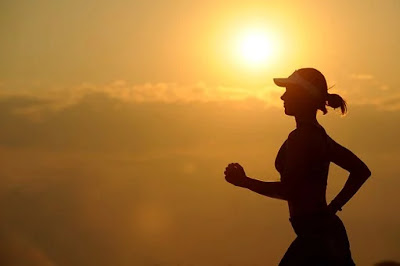 Exercising daily saves the brain from a variety of damage and keeps it healthy at a growing age, which recent research has claimed, German scientists have found that cycling results in the brain of participants aged 52 The reduction process in gray matter stopped. But the researchers said that any physical activity that makes your heart grow louder also has the same effect on the brain. Gray matter that is present in the brain starts shrinking with aging, due to which many problems related to growing increase. She goes. And it becomes due to the ability to solve problems, because of this, because the arteries of the blood supply oxygen to the brain decreases, the hardness, like cycling and running and swimming increases the rate of oxygen reaching the brain. Oxygen, which helps in keeping our brain healthy, oxygen is also helpful in keeping our brain cells healthy and functioning properly. Full help that now comes then to Byayam should thirty minutes every week at least moderate intensity Byayam two hours. So that we can keep our mind healthy and keep doing our work smoothly.
Researchers at the German Center for Neuro Disease conducted this research on nearly two thousand people who were monitored from the year 19 to 2012, during which they were examined for their heart and respiratory health after cycling with a breathing apparatus. The workout data was compared to the MRI scan of the participants’ brains and the team found that those who did not workout in the brains of healthy participants Reddy had more gray matter than.
Gray matter controls sensory perception such as seeing, hearing, emotions, memory and decision making.

Mayo Clinic said that this research was very encouraging. This clinic’s neurologist doctor Ronald Peterson said that this research shows that aerobic exercise has a positive effect on the functioning of our brain. The good results of this research not only in the youth, but also on the elderly, which shows that the role of exercise becomes very important at the age of half, similar research was done by Boston University which said that people who Doing more physical activities, the process of aging of their brain slows down a lot, due to which their brain works more well and Remains young for a long time.
In this way you have seen how we can keep our mind fit for a long time by exercising, so give up laziness and do exercise, whatever you can exercise, do running or swimming or breathing exercises so that blood can reach our brain. . Because if your mind is healthy then your whole body will be fit.
Post Views: 19
Categories: Lifestyle