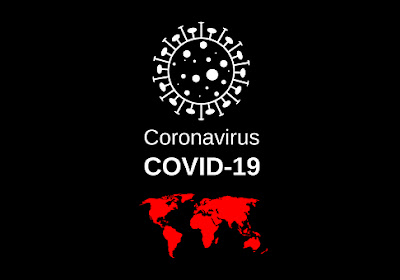 Today we are going to talk about the corona virus ie Kovid-19, which has spread terror all over the world, which started from Wuhan, China and today it has engulfed almost every country in the world and has been in the grip of a terrible epidemic. It has taken the form that most deaths have occurred in Italy, Spain, America and the whole world is looking for a cure for this virus and India is not untouched by this, in countries like America, Cove is The 19th is moving from the third stage to the fourth stage, which means that in the event of a severe epidemic, the community starts transferring and people are affected on a large scale and in such a situation the virus becomes difficult to control and today India Is also going towards the third stage. At present, more than 5000 cases have been found in India, in which the death toll has crossed, the doctors estimate that India is still Distributing the heading stage arises news aise Rapid Test so let’s see, it can be hopeful that some foresees.

How effective is the Rapid Test in dealing with Kovid-19;

Rapid test is done to find out if there is any type of infection in the person’s body. When a germ enters the person’s body, the body releases antibodies in response to the virus and the rapid test shows these antibodies in blood, serum or plasma. Identifies infection by detecting specimens, usually during epidemics to examine community transmission of the virus. The test is done and according to the doctors it is a normal test and can be done with a sample of blood and its results come in 30 minutes. Which can not be too expensive and for which Kerala has taken the initiative to do this test which has already got approval of the program.

Rapid test can prove to be very effective in such a pandemic, but it is not a test to test for Sores COV2 infection which causes corona virus infection, it has stated in its ongoing guidelines that Rapid antibodies kit is not recommended to check for corona virus infection. This is the primary screening test. If the test comes positive then it is sourced. Cov2 indicates that even though negative reports are not given, infection of Kovid 19 cannot be ruled out. Rapid test is positive between 6 to 10 days after infection.
Rapid test can be done by both government and private labs who have got the permission for which a doctor’s prescription is required.