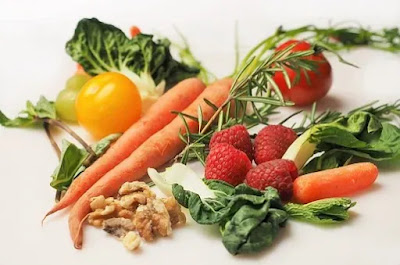 Hello friends, today we will talk about health life. We all want to live a healthy life but to live a healthy and long life, we need rules, restraint and proper and balanced diet because our food for a health and long life It is very important to be right, but there is no need to worry, you can live a long life by using low calorie food.
A new research has shown that eating less food keeps the body healthy and also prolongs our life.This research has been done by scientists in China and the United States.They have studied the effects on cells from a low calorie diet. In which the researchers said that the process of aging can be slowed and life can be prolonged by reducing the intake of calorie-rich food.

Many diseases occur with aging –

People have known about the benefits of reducing calories for a long time, but a new study shows how the banning of calories can prevent aging of the cells of the body. Said that we know that restricting calories prolongs life, but now we have shown all the changes that occur at the cell level. The study suggested that aging is a risk factor for many serious diseases such as cancer, dementia, and diabetes. One of these researchers said that we have seen the effect of calorie restriction on mice, against age-related diseases. It was found to be the most effective.

How the research was done –

Researchers know that each cell undergoes many changes but they did not know how the restriction on calories affects these changes. Researchers compared 30% less calorie-eating mice than normal diet mice during the study. With.
By the beginning and end of the diet, the researchers analyzed 40 types of cells in 58 mice, which showed that mice eating a normal diet quickly became old and no such change was observed in mice consuming a calorie restricted diet. Researchers said that the mice fed normal diet were found to have 58 percent age-related changes in cellular structure that were responsible for their early aging.
So in this way this research proves how we can live a long and healthy life by changing our diet, anyway who wants to grow old quickly, then include low calorie food in our life and our own old age itself. Keep away from it and it is always necessary to be happy.
Post Views: 43
Categories: Food & Fruit

Benefits Of Amla Hello friends, today we will talk about such a fruit which is full of vitamin C and which has many benefits of using, yes we are talking about Amla which is a Read more…

Care Of Cancer By Bitter Gourd

Care Of Cancer by bitter gourd Hello friends, today I am going to talk on a topic that continues to be a serious problem, these days I am talking about this cancerous disease is spreading Read more…

Weight Loss Meal Plan- Today we are going to talk about weight loss food because without it we cannot lose weight, in today’s time, obesity is a big problem and most people face it at Read more…