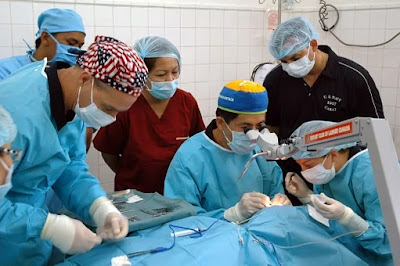 Glaucoma is a disease of the eyes that damages the optic nerve. Our eyes act like a camera. Whatever we see, its signal carries the optic nerve to the brain. The normal pressure of the eyes is 12 to 21 mm Hg. There is a high chance of getting glaucoma due to excessive pressure, due to which our eyesight starts to decrease and gradually stops appearing at all. There are several types of glaucoma.

This is the most commonly occurring type that develops very slowly without any symptoms. The front part of the eye is called the interior chamber. A spust fluid is continuously present inside and outside the chamber and This substance is made continuously so the eye pressure rises to a level and damages our optic nerve. Open Angle Glaucoma Patients In the initial phase, the symptoms of sputum are not detected and as the disease progresses, the scope of vision becomes work and thus the person loses his eyesight.

blurred vision.
Unbearable pain in the eye.
Headache and vomiting.
A rainbow-like color appears around the lights.
Normal pressure glaucoma – in this case the pressure of the eye which is in the normal range but damages the optic nerve.

It occurs in people who do not have any signs or symptoms of glaucoma, but the eye pressure is always above the normal limit, which in medical language is called ocular hypertension, in which case the chances of getting glaucoma later increases. is.

Possibility of having glaucoma –

There is a high probability of occurring in people above 40 years of age.
Already having glaucoma at home.
Always keep the eye pressure above the normal range.
Having myopia and hyperopia.
Injury to the eyes.
There is a reduction in the thickness of the cornea or the operation of taking off the glasses.
Glaucoma detection – examination of eye pressure.
Examination of the drainage angle of the eye.
Examining the scope of the view.
The optic nerve is examined.
And the thickness of the cornea is checked.

Prevention from glaucoma is possible, so the aim of an eye speculator is to detect and prevent the disease as soon as possible, and glaucoma is treated by drugs and laser surgery that every patient needs. The medium of treatment is decided accordingly.
In most patients, glaucoma is stopped by drugs. Patients who have angle closure glaucoma are treated through laser. If glaucoma is not controlled by drugs and laser then the only option is left but in the treatment of this disease Now new effective medicines are also being used.
In this way, by knowing and treating its symptoms in time, the light of the eyes can be saved.
Categories: Lifestyle

How Can Care Your Heart In Winter

How Can Care Your Heart In Winter  Hello friends today, I will talk about the heart and diseases related to the heart in which the most common disease is heart attack and most of its Read more…